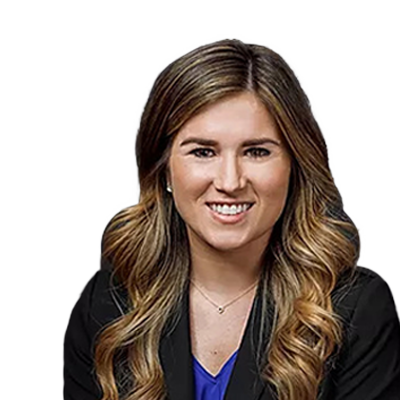 Focus and determination have been part of Abigail Means’ personality since she was quite young. As a psychology major at the University of Oklahoma, she conducted research on issues involving eye-witness identifications and interned at the Oklahoma Innocence Project. At the latter, she assisted attorneys in their investigations and submission of habeas corpus petitions on behalf of wrongfully-convicted individuals.

While a student at DePaul University College of Law, she clerked at a civil litigation firm, where she helped defend major financial institutions involved in contract disputes and defamation cases. She was also involved in the Civil Rights Clinic where she actively participated in the litigation of civil rights cases involving police or prison misconduct, as well as other cases involving race, gender, sexual orientation and gender identity discrimination.

While representing clients, Abigail has gained significant experience in all stages of litigation. Specifically, she has drafted numerous dispositive and non-dispositive motions, propounded and answered extensive written discovery, conducted depositions of plaintiffs and witnesses, engaged in negotiations to obtain favorable settlements, regularly participated in conferences before the Department of Labor and effectively prepared for hearings before the Office of Administrative Law Judges.