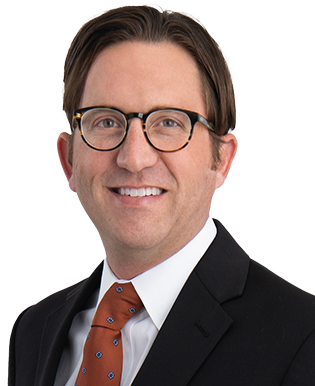 Jeff Peuler is a native of New Orleans and a pundit following a heritage of maritime law and energy litigators. After graduating from Louisiana State University, Jeff earned his law degree from Loyola University School of Law in 2005 with a concentration in maritime law. At an early stage of his career, Jeff worked in the United States District Court for the Eastern District of Louisiana and later with renowned plaintiff attorney Brian Panish in California, providing him a priceless foundation for defending complex litigation.

He is admitted to practice in all state and federal courts in Louisiana and litigates cases across South Louisiana, from New Orleans to Lake Charles, and various other states. A representative list of his clients includes offshore marine service contractors, maritime transportation companies, shipbuilders, oil and gas companies, domestic and foreign insurance companies, construction and trucking companies, government entities, local corporations and individuals. His practice areas mainly concern personal injuries, property damage, and often drafting and negotiating master services agreements and other contracts. His clients regularly seek his advice in recognition of his ability to provide the highest quality of legal services, relying on his judgment and ability to examine complex scenarios quickly and handling them from inception in an efficient manner with consistency in producing favorable results.

Jeff served as president of and legal advisor to the Mariner’s Club of the Port of New Orleans in 2014. He volunteers his time as a speaker at Tulane University Law School and is an active panelist for the Louisiana State Bar Association presenting CLE topics.