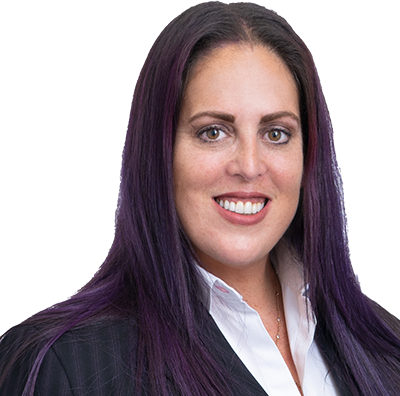 After working for a sole practitioner attorney doing everything from client intake to litigation preparation, Limor Ben-Maier took that attorney’s advice and decided to go to law school. She took another piece of advice and signed up for admiralty law classes to beef up her knowledge in an underserved category. The advice paid off, and she “decided to chase boats because [she] didn’t want to chase ambulances,” leading to her earning her Master of Law degree in admiralty.

Limor’s career started as a federal court clerk, handling longshore claims. During her tenure with the courts, she worked on Longshore and Harbor Workers’ Compensation claims, consumer protection, immigration visas and an influx of Defense Base Act cases. Her extensive background on the plaintiff side serves her well as a defense attorney in that she sees both sides of the case equally and tries to do what is right for her clients.

That doesn’t mean she doesn’t fight to protect her client’s interest. She just does it with an eye toward the fight that needs to be fought in each particular case. If her plaintiff experience taught her anything, it was how to spot an exaggerated or overblown claim from the get-go and how to hold opposing attorneys and clients accountable to what’s fair.

Limor has successfully prevailed on numerous appeals before the Benefits Review Board and the Fifth Circuit. Additionally, she regularly handles claims brought before the Department of Labor’s Office of Administrative Law Judges.

Fluent in Hebrew, she was raised in New York and Israel and maintains dual U.S. and Israeli citizenship.