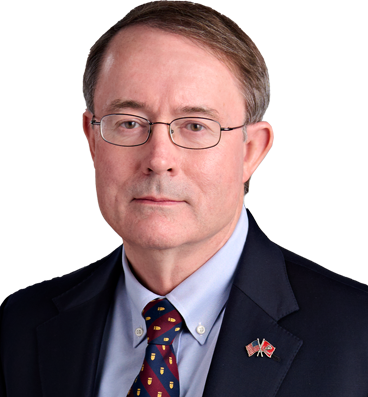 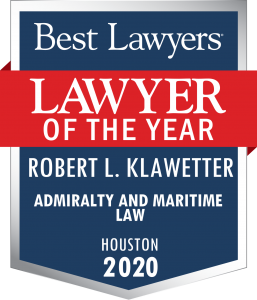 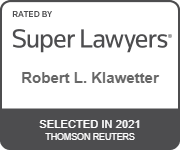 Mr. Klawetter is a partner in the firm and has a litigation practice specializing in the defense of major casualty, personal injury and wrongful death cases. He has dozens of jury and non-jury trials to his credit over 40 years of law practice, as well as numerous appellate arguments. He is a Proctor member of the Maritime Law Association of the United States and a frequent lecturer on maritime law in both the United States and abroad.

Mr. Klawetter has been named both a Texas Super Lawyer in Transportation/Maritime Law and one of the Best Lawyers in America for Admiralty and Maritime Law for many consecutive years. Additionally, he was recognized as the 2020 Best Lawyers Admiralty and Maritime Lawyer of the Year for the Port of Houston. Only a single lawyer in each practice area and community is honored as “Lawyer of the Year.” He has also been awarded an AV Preeminent Rating by Martindale-Hubbell, the highest possible rating in both legal ability and ethical standards.

In addition to the “Selected Decisions” and “Selected Trials” set forth below, Mr. Klawetter has successfully defended the following major claims:

– Over 4,000 personal injury and related property damage claims relating to alleged exposure to the chemical MTBE following a ship collision in the Houston Ship Channel.

– More than 1,500 personal injury and related property claims arising from the seismic testing activities of a major geophysical contractor resulting in total damage claims of more than $500,000,000.

– Tanker explosion off the Texas coast resulting in multiple fatalities and personal injuries, as well as a major oil spill.

– Over 40 claims for wrongful death and personal injury arising from the collapse of a drilling rig in the Bay of Campeche.

– Wrongful death claims relating to Romanian stowaways allegedly forced overboard on the high seas of the North Atlantic which resulted in litigation on three continents.

– Collision between a chemical tanker and a commercial fishing vessel resulting in multiple fatalities.

– Alleged embarrassment of navigation incident resulting in a collision between a VLGC and tug/tow, a major pollution event and closure of the ship channel.

Outside of his law practice, Mr. Klawetter is a veteran of the United States Marine Corps and an avid trekker and mountain climber. He has participated in expeditions to the continental highpoints in Africa, Antarctica, Australia, Europe and South America and has summited the high point in the contiguous United States more than 30 times.