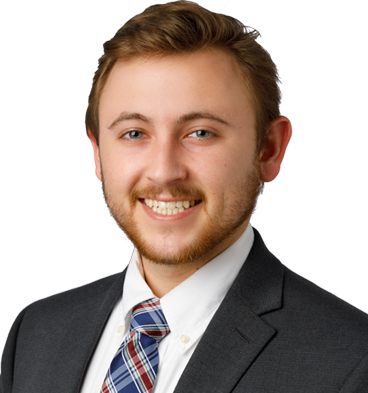 Ryan Smith is a member of SBSB Eastham’s Defense Base Act and Workers’ Compensation (Federal and Florida) practices. Before joining the firm full-time as an Associate Attorney, he assisted the team as a Law Clerk for nearly three years, drafting settlement evaluations and agreed-to litigation plans, attending depositions, and conducting legal research and investigation. He also worked as a Certified Legal Intern at the Broward County State Attorney’s Office, where he provided over thirty hours of pro bono services and personally oversaw more than 100 cases involving everything from Grand Theft Auto to Burglary to Battery.

Ryan has long had a passion for debate and storytelling. In school he took part in Model United Nations, where he developed a fascination of structured argument. In undergrad at the University of Illinois at Urbana-Champaign, where he majored in Economics with a minor in Communications, he further developed a love for American History, rhetoric, and debate. It was around this time Ryan realized that he would eventually become a lawyer. He understands the stress that often comes with litigation and works fast and efficiently to resolve his clients’ matters as quickly as possible.

Ryan received his J.D. from Florida International University College of Law. He is licensed in Florida. When not working, he enjoys watching sports and visiting local driving ranges.